In 2016, Articulate posed eLearning Challenge #143, to “design an interactive graphic or micro site for your (fictitious) eLearning rock band!”

The eLearning rock band I manage is called äSynchronous eLeärning. Click the image below to check out their website. They’re available to hire for weddings and bar mitzvahs! 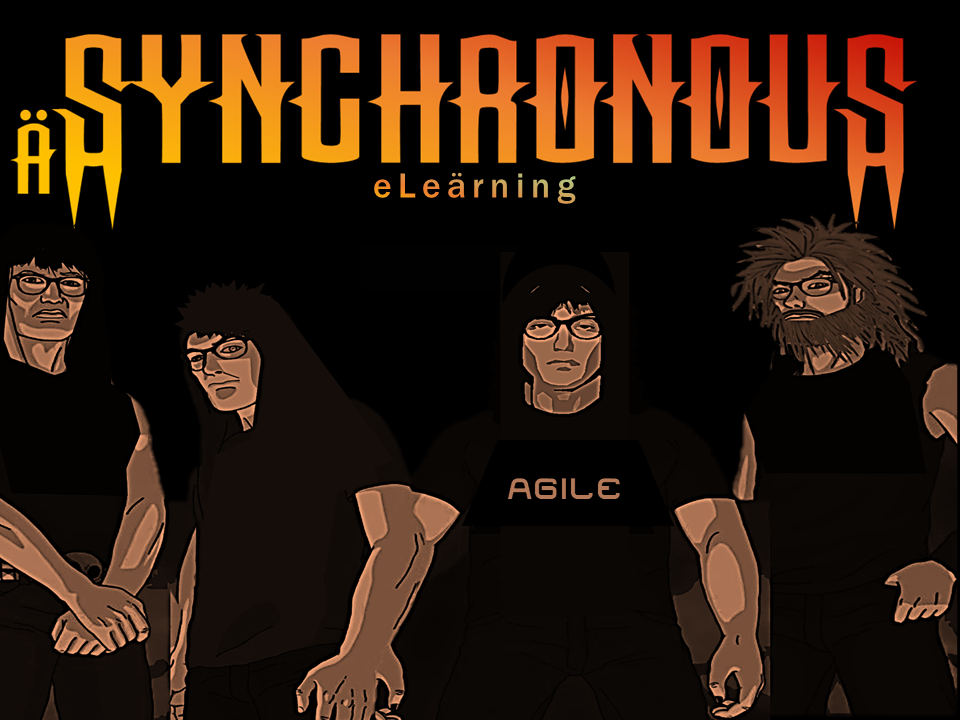 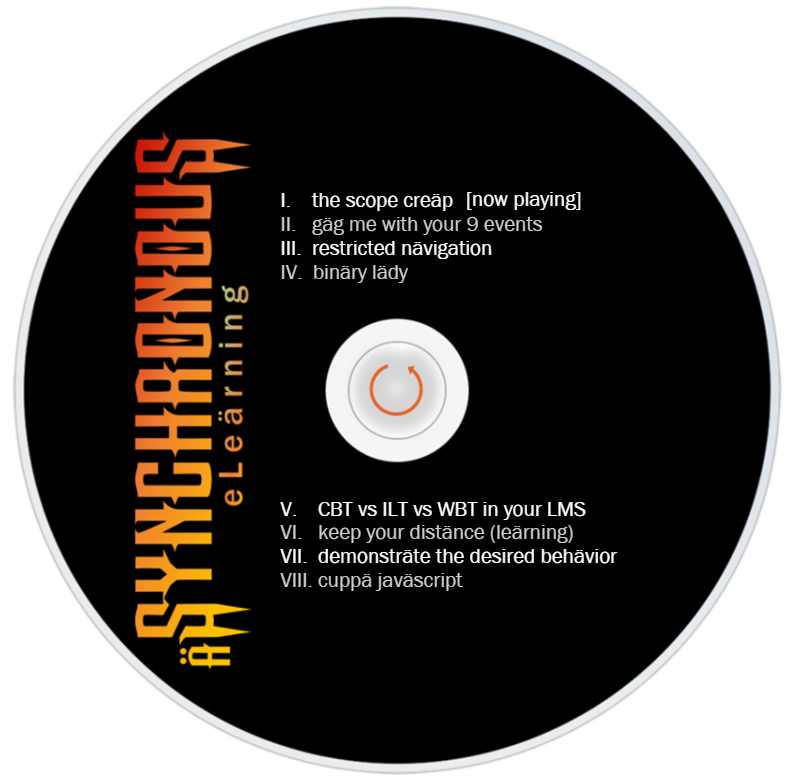 I used PowerPoint to create the demo video, because I wanted to use the glass-shattering transition available in PowerPoint. I published the PowerPoint as a video to edit in Camtasia.

In Camtasia, I added the glass shattering sound effect and added a rock song that plays throughout the presentation. The royalty-free track is called Fit of Rage. I used a text-to-voice tool to record the ultra-simple (and simple-minded) lyrics to the song, which I renamed the scope creap. I combined the robotic voice, the music, and the PowerPoint video to create my demo video, which was imported into Storyline 360.