E-Learning Heroes Challenge #230 is: Course Starters: E-Learning Templates for Leadership Training. This week’s challenge from Articulate is to share a course starter template for leadership training.

Click the image below to view the Storyline version of my comic book style demo. 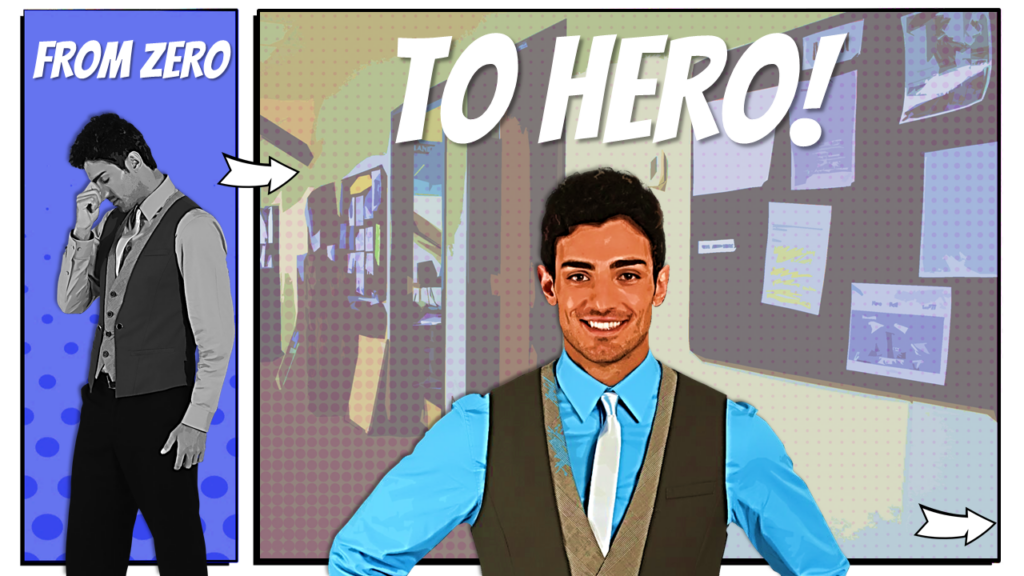 I started creating this demo by leveraging Paul Alders’ PowerPoint template, which you can download for free on the Articulate E-Learning Heroes website: https://community.articulate.com/download/powerpoint-comic-strip-template

To make the template my own, I changed the colors on the slide master backgrounds, using PowerPoint’s picture tools. I like bolder colors for comic books, so I darkened and increased the color saturation and color contrast on most of the background images. (I thought it would be quicker and easier than it was, because I thought the backgrounds were shapes rather than images! So, I’m not sure I actually saved myself much time in this process!)

I replaced the existing fonts with some I already had on my computer (Bangers & Back Issues BB – both can be downloaded for free), and decided to go with photographic images, rather than cartoons, for the characters in the scenario. I altered the photographic characters by using PowerPoint’s artistic effects. Then, I included some office backgrounds, again altered by using PowerPoint’s artistic effects tools.

Download my version of the comic book template here.